“She is wind, she is water. She is snow, she is fire. She is vibrant, she is ambitious. She is one of a kind.” Coruscate is grateful to have 57 such accomplished women in our team! 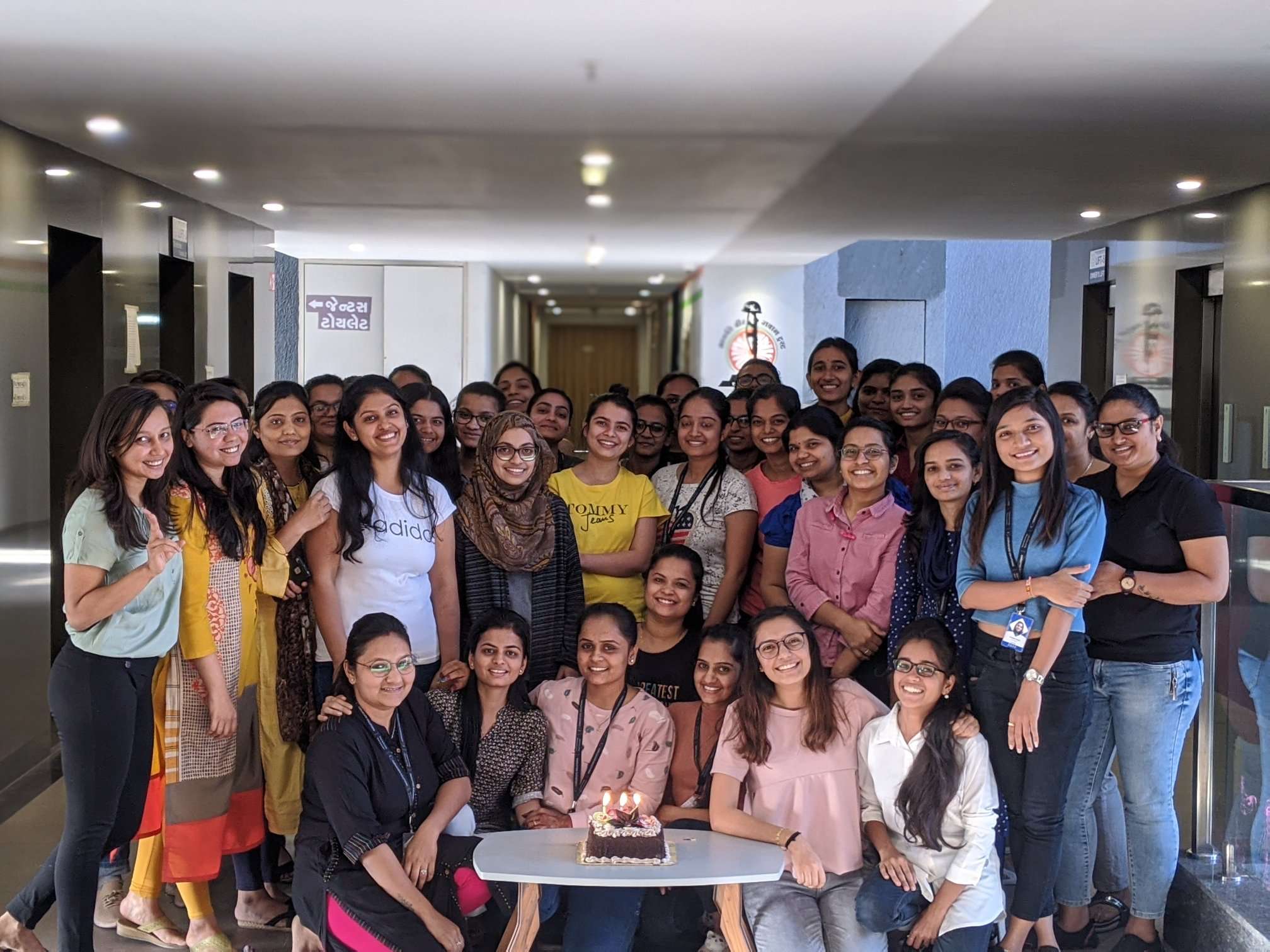 Started from a small study room, Coruscate has achieved many milestones. We are now a team of 100+ problem solvers who ceaselessly work with global clients and solve many deep-rooted industry problems. We have also earned expertise to engineer our own products and break the illusion of the market. We even have given a facelift to our infrastructure and made world-class work-spaces.

But when it comes to people whose hard work, persistence, and loyalty enable Coruscate to witness prosperity, we would like to put our women squad in the first place. Since the inception of Coruscate, many women have put forth remarkable solutions. Many women have even led the teams and guided other team members to deliver challenging projects within the deadlines.

To admire the efforts our women squad has made and to celebrate the Women’s day, we have decided to organize our monthly celebration event of February month on a Women’s day theme.

In this blog, we will share how we’ve expressed gratitude to all women living on this planet earth along with the different fun activities we executed in our monthly celebration event.  We will also share the current job openings we have at the top IT company in Surat – Coruscate Solutions.

We kicked off the day with the most important session. Our core woman team members gave the finest speech on two very crucial topics: Why we celebrate Women’s day and Realizing the women’s rights. Our main reason behind this session was making women team members familiar with the rights they have.

After the speech, we formed 5 different teams to play the first game of the day. The first game was all about selecting any one woman who has inspired and achieved impossible and sharing her journey with others. All teams have selected very inspirational women such as Meena Mehta (spreading awareness of personal hygiene among underprivileged girls) Greta Thunberg (Swedish environmental activist), Kalpana Chawla (first woman of Indian origin to go to space), Mother Teresa (devoted her life to serving the poor), and Malala Yousafzai (campaigner for girls’ education from Pakistan).

Some team members even asked for more time and shared the jaw-dropping journeys of women of their own family. It was indeed the best hour of the day. That one hour taught us that being a woman is the task of dignity!

To make new team members comfortable in a pleasant yet their new working environment, we allowed new team members to introduce themselves and talk about their previous work experience, their projects, their non-professional achievements, and their hobbies.

Our CIO Arjun Kava has also shared his very inspirational career journey with other team members so that they can find inspiration and achieve what our CIO has already achieved. After all, to reach somewhere, you have to be with someone who is already enjoying that position!

After completing his graduation from a local university,  Arjun Kava started his journey as Junior Developer in June 2015. He joined Coruscate as Program Analyst Trainee in January 2016. But thanks to his hard work, persistence, and earned knowledge, he was promoted as the Team Leader of the full-stack developer team and later he seized the position of Chief Innovation Officer.

Treasure Hunt is a very common yet very fun game. To double the fun, we brought a twist to it. Since we had already formed the teams, we directly turned on the play mode. After the first two rounds, two teams were eliminated. The remaining 3 teams played the semifinal of the game. Each team playing in the semifinal had a single puzzle. To find the answer, a single team had to combine its puzzle with other teams.

After the semifinal round, we got two teams for the ultimate battle – final round. Both teams played very aggressively, but the winning team was a bit smarter!

Here is the puzzle which decided the ultimate winner of the game: I have four edges, yet I’m not a square, 9 units cover me, yet I’m not a circuit, I am not the center, I just lead to one.

Teamwork is the major driving force behind the success of any company. If team members work in the team, their knowledge gets multiplied and they find the solution to any problem rapidly. Though our past team building games have already cultivated the team spirit within our team members, we’ve decided to fuel it with a new team building game.

The game was all about making a brilliant piece of art from the newspaper by using only one hand of each team member. For this game, we didn’t declare the winner as all of the teams performed very well. They cleverly exhibited the ways to accomplish a task in a team with less resources. That was exactly what our leaders wanted to see in our team members!

Want to be a part of such a lively IT company in Surat where we value each individual?

On the last day of the year 2019, we didn’t know that the year 2020 would have this many terrific news for us. However, it didn’t make us wait more to explore what it has got for us. In this second blog of our Company Insights series, we will share 4 news/achievements we have secured within the first 45 days of the year.

We hope you are getting a thrill out of our special series of blogs where we share how we at the best IT company in Surat celebrate the last Saturday of every month.  We’ve come so far and seen many earth-shattering results since the first time we carried out our first monthly celebration event. 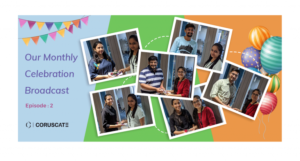 Within just 6 years of inception, Coruscate has become the top mobile and web development company that accommodates 100+ developers & designers has delivered 200+ successful projects with the highest-ever success rate and has completely conquered the FinTech and micro-mobility industries. Do you know the reason? - it is teamwork! Because when everyone is moving forward together, success takes care of itself! 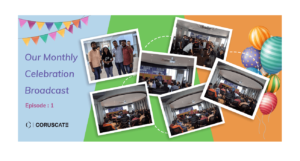